Painting to Preserve Pride… and Pedestrians.

Metro Phoenix L.G.B.T.Q. activists want to honor the Melrose District’s legacy of leadership by painting the existing crosswalk at 7th and Glenrosa Avenues all the colors of the rainbow.

“Melrose has always been the place to go sit down and have dinner with your (same-sex) partner, and not worry about holding their hand,” said Mark Leeper, President of Phoenix Pride’s Board of Directors. “This is a great way to increase the visibility of the community and it’s also going to be good for tourism.”

“Even Tucson now has done this,” Leeper said. “The feedback we’re getting is ‘why hasn’t Phoenix?”

He also said it’s not as easy as just grabbing some volunteers and paintbrushes. Pride is still reviewing traffic studies, and meeting with neighborhood associations to make sure this is something they really want.

Next, Pride will ask the City Council to approve the idea. Only then can a public plan be released which will detail the cost of the work, probably perfomed by City crews.

Pride estimates $6k-7k for the initial painting of the Melrose sidewalk, but much less for maintenance. “We’re basing (price) off of other cities,” he said. “The (heat) here is brutal, so the materials are different.”

Leeper said the funds are being raised from donors and other organizations. “We’ll accept a donation from anybody,” he said. “But we’re not asking for City money.”

Leeper said he expects a relatively quick turnaround once approved by the Council. Pride is aiming for March (Pride Week) for both crosswalks. Those who wish to support the idea should contact Phoenix Pride, their neighborhood and City representatives. 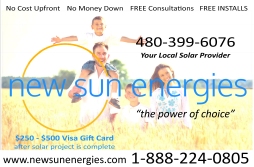