Arriving Soon: “A boutique hotel” for a “boutique neighborhood”

“This could be an example of the most interesting and creative area of phoenix,” Kitchell told a crowd of about sixty people who gathered for a pre-ribbon-cutting ceremony held March 16. Kitchell and his partner are restoring two vacant, 1950’s era buildings for hospitality use on Camelback Road between 3rd and 5th Avenues.

“There’s talk of Central to 7th (Aves) being developed to the point where the paradigm has been erased,” Kitchell said. “It’s not downhill west of Central, it’s uphill, and it’s cool!”

Crews began peeling back the fifty-plus-year-old interiors of 444 and 502 w. Camelback about three days later, and guests are expected to arrive by February 2019. “It’s an aggressive schedule,” Perez said. “This kind of work is a labor of love. It requires a lot of patience, a lot of support, it really does take a village.”

Kitchell and Perez formed their adaptive reuse development company, Venue Projects in 2011 with Postino’s Founder Craig DeMarco to re-develop several underused retail spaces on Central Avenue into successful destination bistros. In 2013, Venue went on to adapt the x-thousand-square-foot former Beefeaters Steakhouse into The Newton, one of Phoenix’s first multi-use commercial spaces, next door to their future hotel.

“It takes a lot of people to voice their support, to work through (building) codes that don’t make sense,” Perez continued. “(Phoenix) is really fortunate to have one of the most progressive adaptive-reuse (zoning) codes in the country.”

Venue purchased 400 in 2015 and later teamed up with Vintage Capital Partners (Uptown Plaza) to acquire 444. They announced in 2018 that Palm Springs based Arrive Hotels will design and run the end product, which Perez said will celebrate the styles and architects of each building. People love mid-century modern,” he said. “They’ll come from all over the world for it.”

Perez credited Vintage’s Crutchfield Crutchfield for bringing Arrive to the table. “His mantra was: it’s a boutique neighborhood in search of a boutique hotel,” Perez explained. “Within an hour we got a call from (Arrive’s) CEO. They said, ‘we know that neighborhood, we know the buildings. (Phoenix) is the only place we would consider going.”

Venue is applying to put 400 and 444 – designed by architects Fred Geyrie and Ralph Haver respectively – on the National Register of Historic Places. They plan to leave most of the facades as-are, updating for safety and modern use.

Arrive integrates modern technology and amenities to create intimate guest experiences. “As soon as we arrived (in Palm springs) our phones went off,” Perez recalled. “There was a text that said our keys and our drinks were waiting for us at the bar.” Kitchell said the hotel had no lobby. “It was just straight to the bar,” he added.

Perez assured that check-in on Camelback will happen at their popsicle bar, which will be more suited to families, but will also serve “adult” treats. A coffee shop and other structures to buffer the ground level pool from the busy midtown thoroughfare will be added.

“This property will be shaded enough to give the idea that it’s been here for years,” Kitchell said. “Native desert trees as well as the landscaping is as vital as the architecture itself. Rooms will feature city views, private balconies, and some will even have private courtyards and fire pits.

There will be a poolside taco bar as well as a rooftop cocktail lounge. “We all know how great our sunsets are,” Perez said. “It’s going to be a great Arizona experience.”

Venue is applying to put 400 and 444 – designed by architects Fred Geyrie and Ralph Haver respectively – on the National Register of Historic Places.  They plan to remove exterior stairs and ‘Orleans style’ grating which were added after the original design, to the 400 building. They plan to leave most of the facades as-are, updating for safety and modern use

Both Kitchel and Perez grew up in the Phoenix area. Perez and his kids still live in central Phoenix. His wife, Kimber Lanning is President of Local First Bank, which invests in community oriented businesses and projects.

“Kimber came into our office and said, ‘we think it’s awesome you have this (idea) but this is what you’re going to do, it’s going to have this, and this and this…” Crutchfield said laughing. “She even banged her first on the table, and I’m sitting there thinking, ‘man, she’s passionate about this, this is awesome!”

Crutchfield said he enjoyed advocating for the unusual project to his partners at Vintage. “Buildings’ don’t get preserved because it’s cheaper to tear them down,” he told the crowd. “Institutional lending doesn’t listen.”

Crutchfield said those who care about preservation must voice their support to save buildings. “You guys are the ones who fight this fight,” he added. “How many times have we not had a night like this? How many times is the story that these buildings get torn down?”

Crutchfield named Perez and Kitchell “true visionaries” and said he was honored to work with bothon Arrive.

“I think we’re going to build something here that is going to set a tone to go from 4th to 5th (ave’s.), and miraculously were going to go to the other side of 7th (Ave.)” He said. “There are needs over there and the institutional (lending) world won’t go there. We gotta help them get there.”

A formal groundbreaking which will include Arrive executives and City officials will be set after crews determine the extent of interior repairs.

Correction: The Print Edition of T.M.L. incorrectly stated that Venue Projects is renovating the hotel at 502 W. Camelback. The vacant “Hotel 502” is not part of this project. 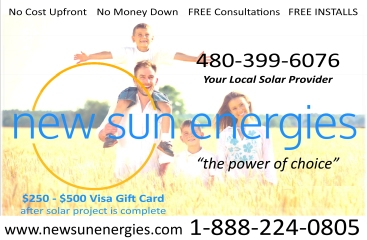