Less than a week after his wife walked out of their Quarterly General Meeting, Mike Poulton, President of the Seventh Avenue Merchants Association announced in an e-mail to its membership that he would also resign at the end of August.

“Serving on the S.A.M.A. Board for the past several years has been an interesting and eventful experience,” he wrote. “However, I have decided to direct my efforts elsewhere.”

(The letter, which was also posted on the organization’s Facebook page, is posted below.)

In the same email sent Tuesday, Poulton also wrote he had accepted the resignations of the remaining four voting members of the non-profit’s governing board:

The remaining member, Charley Jones, has served in an advisory capacity until now.

Pierson forms the northeast quadrant of the Melrose Mile.

Jones does not live in Melrose but owns a real-estate investment company with assets in the mile. He also serves on the Alhambra Village Planning Committee.

It is unclear what, if any effect the resignations will have for Jones or C.A.S.A until a new Board can be elected.

According to the S.A.M.A. Bylaws, no S.A.M.A. action can be taken without 5 active board members or support of 5% of the membership.

New actions presumably include expenditures that are not already approved by the Board, though this is not articulated in the Bylaws.

The Board’s departure this week follows the resignation of Theresa Martin, co-owner of Kharma Life Center in May, after serving less than a year.

“I try to follow the same advice I give others: sometimes, less is more.,” Martin said in a July e-mail before the other resignations. “When I find myself being drawn in too many directions to maintain balance, it’s time to re-evaluate.”

Martin complemented the outgoing Board in that early July e-mail.

“(The Board) is comprised of brilliant, focused and competent people. We will miss each other, but I know someone will step into my shoes,” she wrote. “I truly hope that more SAMA members consider participating at the board level as I know that every new face makes a positive impact.”

Martin had not been replaced as of Tuesday’s resignations.

“We will utilize the next few weeks to coordinate an orderly succession if new leadership is willing to assume the position,” Mike Poulton wrote. “Interested members should contact me, Kenyatta, or Annie to discuss appointment to a vacant board seat.”

They are working together with City of Phoenix Neighborhood Specialist Lisa Huggins-Hubbard to find Melrose area leaders to fill the vacant positions.

He worked with S.A.M.A. over 13 years, including chairing the Street Fair.

Pawlowski resigned from the Board last summer, but is still president of the Grandview Neighborhood Association and lives in the northwestern quarter of Melrose.

“I wanted to go (to S.A.M.A. Board meetings) for the fun, to plan things and make things happen,” Pawlowski said Wednesday. “I became the negative one.”

Pawlowski still sits on the Board of C.A.S.A. with Jones and said Wednesday night she is not interested in being on the new S.A.M.A. Board.

She and Jones have been involved in numerous Melrose area projects and events the last several years.

Read more about Thursday’s meeting and the outgoing Board’s discussion about expanding S.A.M.A. beyond Melrose’s borders. 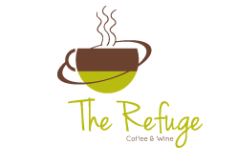